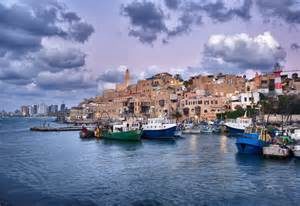 When most people think of Israel, they think of conflict these days. An unfortunate result of the developments in the area over the last few decades, but this shouldn’t stop you from considering a trip to the region. Israel is full of so many amazing sights and locations with important historical and religious significance. Not only that, it’s absolutely stunning and offers up not just hilly and gorgeous hiking options, but a long stretch of coastline. Check out the rest of this article for a quick rundown on Israel and what you shouldn’t miss while there.

This unique area in the north of the country is  home to some impressive highland areas and is really of the traditional tourist trail. The area of the Golan Heights is an occupied territory by Israel since 1981 when it claimed it from Syria in the Six Day War. Ever since, Syrians were driven away and Israelis settled the lands. It’s remote, and hitching is sometimes the only way to get around, but you’re rewarded for your efforts with some stunning natural scenery including waterfalls, mountains, streams, and old ruined Byzantine monasteries and churches. The Galilee region is likewise beautiful and home to the Sea of Galilee as well as mountains and hills and is an ideal place for hiking if the Golan Heights area is a bit too close to the Syrian border for your liking.

Tel Aviv is one of  the most vibrant, bustling cities in the Middle East and for good reason. It has a fantastic mix of old meets new and east meets west all within its city limits. It’s known for a laid back, enjoyable beach culture – of which there are a number of well maintained beaches with chair side snack and drink service. For a look at ancient Tel Aviv, hit up the small area of Jaffa to the south of the modern city, an area which is purported to have been inhabited since 7500 BC. Be sure to check out the markets throughout the city as well – some of which have been on sites of old ancient markets for thousands of years.

Now that we mentioned a bit about what you should see, time to talk visas. Israel is a bit… special… in terms of its visa situation. If you try to visit Arabic countries after having visited Israel and you have the stamps in your passport, expect to be denied entry. In this sense to help promote tourism without people having to choose between Israel and Arab nations, Israeli immigration has implemented a system where they stamp an alternate piece of paper that you must keep with you for the duration of your trip through the country and then discard once you leave. This will then appear that you have never been to Israel at all.

So there you have a couple of great spots to check out on any visit to Israel you may find yourself on. This is truly one of the gems of the Middle East, so make sure not to miss it!