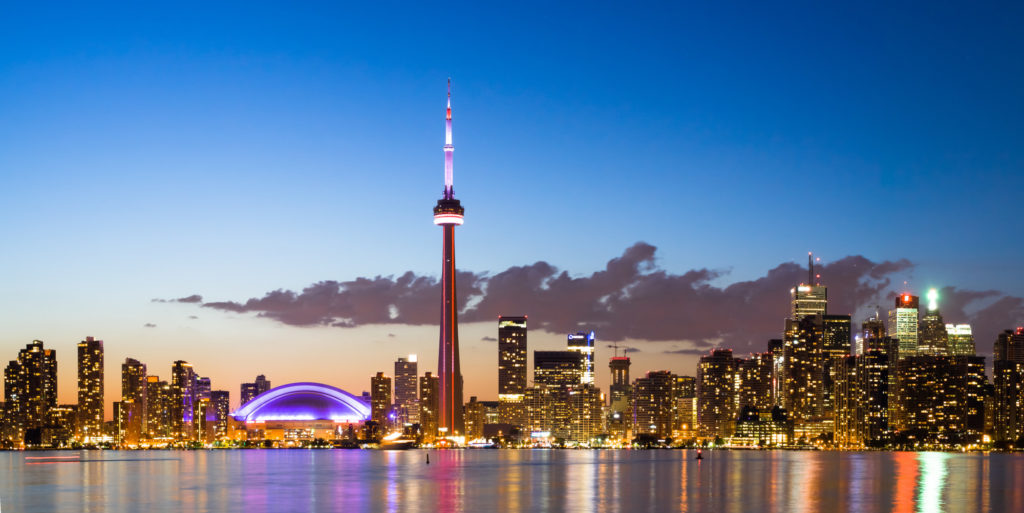 Ontario is a huge province (it’s even bigger than Texas) in Canada. With that size, it’s no wonder that there are almost countless attractions and things to do there that will keep you busy.

With that being said, it can overwhelming trying to narrow down the things to do in Ontario during your stay. Luckily for you, we’ve compiled this handy guide of popular (and not-so-well-known) must-see and do activities in the province.

Here are six of them…

The Grotto is a popular tourist attraction on Ontario’s Bruce Peninsula, next to Lake Huron. It is a natural sea cave that has been named one of the most beautiful grottos in the world thanks to its clear, blue waters and unique rock formations. The underwater tunnel (that you can swim through) filters in sunlight from the outside making the water appear to glow.

Just be aware that because of the popularity of this site, you may have to go there early to be granted access. It’s probably best to call ahead to confirm if it’s not too full to visit that day (July and August are peak months.) Even if you don’t get in the first time, it’s worth trying again!

Also, keep in mind that there is some hiking and climbing involved to get to the cave entrance. And swimming through the tunnel is probably not advised for rookies. Again, worth it!

This is a site that any traveler to Ontario should have on their list. The CN Tower was built as a communications tower and is located in Canada’s biggest city, Toronto. It is a free-standing structure that is more than 1,815 feet high. That put it on the map as the tallest free-standing building for 30 years before it was dethroned.

While it’s no longer the tallest in the world, it still offers a panoramic view of the city and even features a see-through glass floor that reminds you how high up you are (don’t try this if you’re afraid of heights!). If that’s not exhilarating enough for you, you can even do a walk on the outside of the building (with safety restraints, of course!)

There’s also some fine dining available in the tower as well as entertainment and shopping.

What is Canadian cuisine, you ask? Well, some people say it’s poutine and maple syrup pancakes, but there’s a lot more to offer than that.

In fact, when you’re visiting Ontario you’ll come across fine dining restaurants that are geared towards a variety of tastes. You don’t have to be in Canada’s biggest cities like Toronto and Ottawa to enjoy these meals either. Barrie restaurants have made a name for themselves for fine dining and casual atmospheres.

Barrie is only about an hour north of Toronto. It also has the bonus of being on beautiful Lake Simcoe and being considered the gateway to Ontario cottage country, so you know the surrounding scenery will be breathtaking.

At 330 acres, it’s not quite to the size of Walt Disney World – and has a mountain instead of a castle – but Canada’s Wonderland is one destination in Ontario you can take the family for rollercoasters, waterpark fun, and much more.

But while Canada’s Wonderland is the biggest of all Canadian theme parks, it’s not the only one. Other popular destinations include Marineland, Great Wolf Lodge, Wild Water Works, and African Lion Safari to name a handful. Another big name attraction that’s a relative newcomer to the scene is Ripley’s Aquarium in Toronto.

Of course, one shouldn’t miss Niagara Falls, which is one of the natural wonders of the world. Aside from the stunning views of the falls, there are casinos, attractions, shopping, and even rollercoasters.

When you think of the best wines in the world, you might think about France or California first. However, Ontario wineries have made a name for themselves on the world stage, so don’t count them out!

Wineries across Canada see more than 3.7 million tourists each year. Wine country in Ontario is primarily in the Niagara Region and some other emerging areas. You can pair your wine experience with an outdoor festival or a show.

Ontario has some world-class art galleries, namely the Art Gallery of Ontario (AGO) and the National Gallery of Canada in Ottawa, the country’s capital city.

However, while you’ll find major rotating exhibitions and permanent works in both spaces, there are some other great galleries across the province if you’re willing to travel outside the city a little bit. They include the McMichael Canadian Art Collection in Kleinburg (a gallery known for its Group of Seven collections.)

Other galleries that regularly have larger exhibits and events include the Art Gallery of Hamilton, Art Gallery of Burlington, the Robert McLaughlin Gallery in Oshawa, and the Woodland Cultural Centre near Brantford that celebrates Canada’s rich indigenous history.

7. Check Out The Museums

If art galleries aren’t quite your thing, then perhaps museums are. Luckily, Ontario has a number of popular museums with major exhibits including the Royal Ontario Museum in Toronto, the Canadian Warplane Heritage Museum in the Hamilton area, and many more.

Not all the museums are in major centers. Science North is a museum and attraction complete with dino fossils that are in Sudbury, which is about a four-hour drive north of Toronto. If you’re looking to get out of the busier cities of Ontario and more into nature, then this might be an ideal option.

There are Lots of Things to Do In Ontario

Doing a bit of homework before you take a trip to Ontario will ensure you get the best value for money, as well as cover the most ground while you’re there. Since Ontario is 974 miles across, planning your route and the places you want to visit along the way is especially important.

Be sure to visit our website often to learn more about things to do in Ontario, as well as read tourist tips for other top travel destinations around the world.