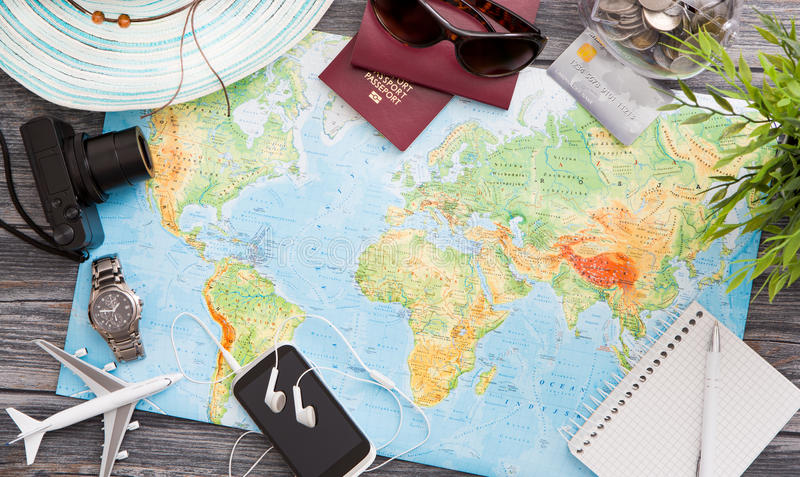 Have you always wanted to explore a far flung destination and you’re thinking that now could be the time to start planning it? With travelling more accessible than ever and exotic destinations being hot commodities, there’s never been a better time to get on the travel team than now. But where to go? With literally hundreds of amazing options to choose from, picking the right place for you and your party can be daunting to say the least. But never fear – here are our top picks for 2019 so you can start your planning early to ensure the trip of a lifetime. 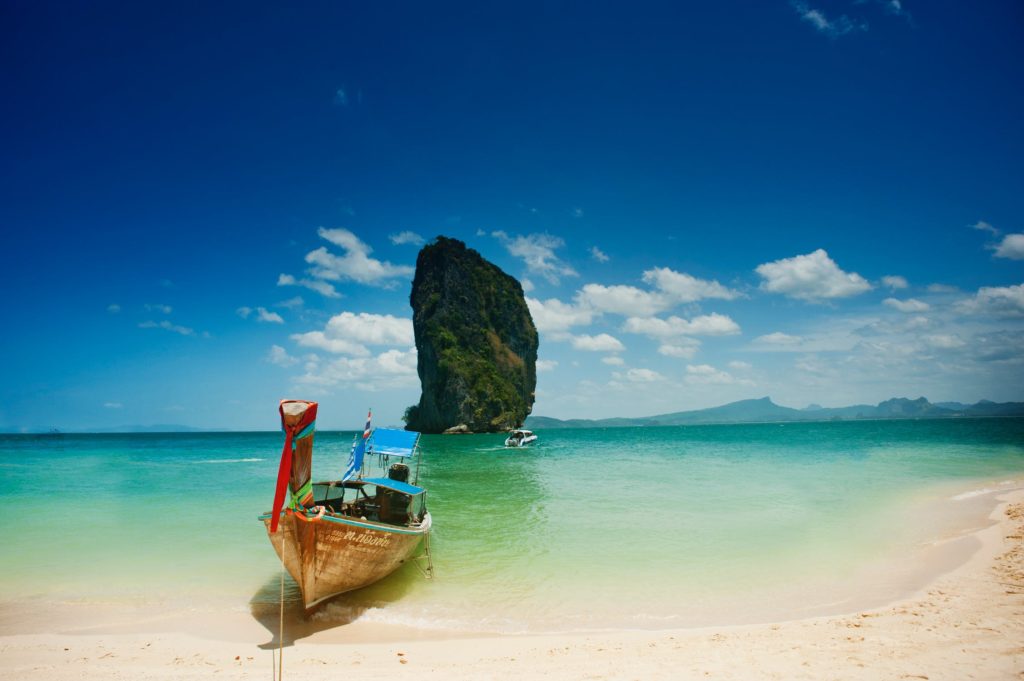 While some parts of this beautiful country are still hubs for young backpackers looking to party (especially the islands of Koh Phi Phi, Koh Phangan and to a lesser extent Koh Tao) much of the country is awash with gorgeous options for both budget and luxury traveller alike. In fact, the Thai government has recently begun a push to attract a higher class of traveller to the country, building beautiful resorts offering up all manner of services such as Thai massage on site in your room. That being said, Thailand is still a great place to head if you are interested in exploring a bit off the beaten trail. Check out Chang Mai’s laid back atmosphere with so many street food options your head will spin, or stay down south and experience Thai island life at one of the quieter islands such as Koh Lanta. Either way, Thailand has a lot to offer both first time and returning visitors.

Another of the South East Asian countries that is gaining popularity amongst all manner of traveller is Vietnam. Situated along the coast of the South China Sea, Vietnam is home to some stunning beaches along with some absolutely fascinating history. See the history for yourself by visiting the likes of the Cu Chi Tunnels – the same that the Viet Cong used to help them win the Vietnam War. Visit Da Lat in the inner highlands north east of Ho Chi Minh to check out not just the chilled out atmosphere, but also the ‘Crazy House’ – an art installation-come-guesthouse run by the artist herself. All throughout the country one of the hottest things to do is to go on ‘street food tours’ with some featuring gourmet local restaurants and street food stops. Don’t forget to stop in the hills of Sapa to the north to try some of the local Vietnamese tea and coffee. 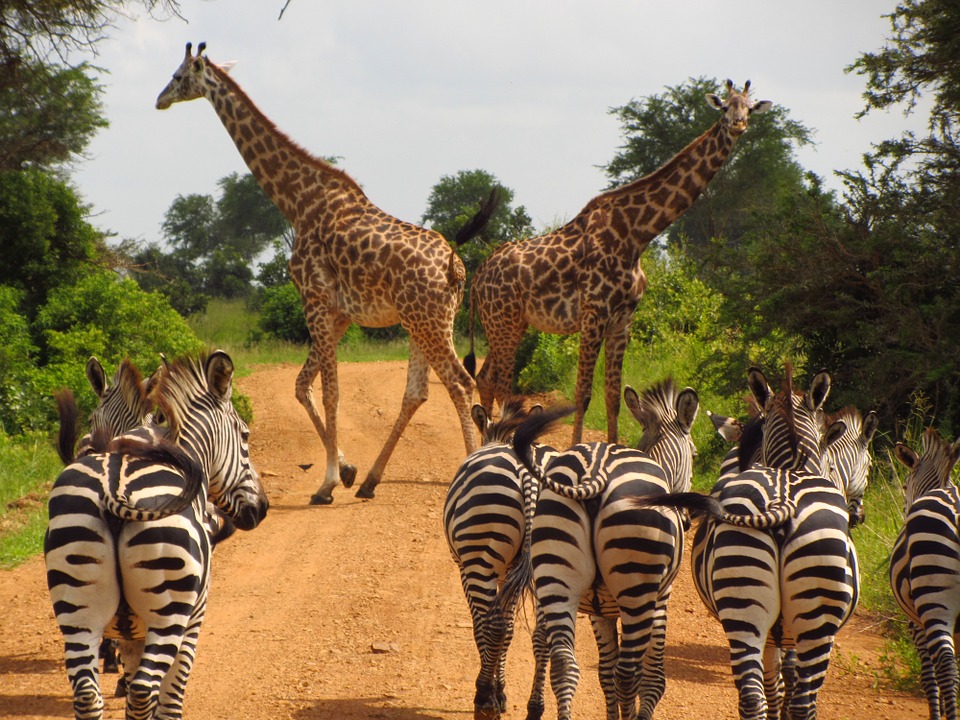 Tanzania is one of the best places for those who are new to travelling in Africa. With so much to see and do, it’s no wonder more and more people are taking to Tanzania to quell their thirst for adventure. With amazing sights like the Ngorongoro Crater – a beautiful location in the north of the country with both fantastic hiking and wildlife viewing as well as what is believed to be one of the oldest hominid footprints on the planet to the Serengeti plains where safaris are a commonly enjoyed activity there is so much to do that you would easily fill two to three weeks (or maybe longer!). For a less populated and more intimate safari experience, check out either some of the safari options near Arusha or down south in the Selous Game Reserve. Chill out on the island of Zanzibar with its pristine white sand beaches and luscious resorts. Be sure to check out Stone Town, the capital of the island, and birthplace of legendary Queen frontman, Freddie Mercury. If you really want to challenge yourself, consider booking a trek to climb the world famous Mount Kilimanjaro, but be sure to prep in advance and allow at least a week in order to increase your chances of summiting this impressive mountain.

We know it’s gotten a bit of a reputation following its issues with the European Union and its huge debt, but Greece is a great getaway idea for those who want something exotic but without having to go too far. With so many islands or the mainland to choose from as well as a history as thick and rich as peanut butter, Greece will leave you breathless at every turn. For a unique island experience why not check out the impressive ‘honeymooner’ island of Santorini. A volcanic island known for its twists and turns in small villages dotted along its rocky, volcanic cliff sides, Santorini is hugely popular for its chilled vibe, views and is known for some of the most stunning sunsets. For the more historically minded, check out the island of Crete, known for its deep Minoan history including the famed labyrinth under the palace of Knossos. If you want a breathtaking experience on the mainland, head into the central highlands to Meteora – a collection of monasteries set high on rock formations needing either lengthy climbs or cable cars to get access – a place you won’t soon forget. 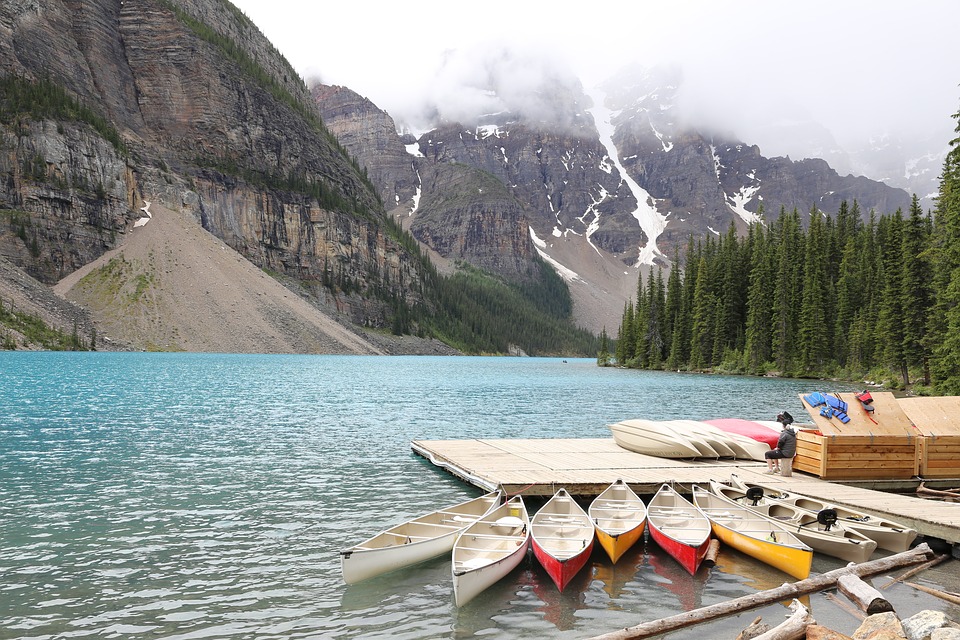 If you ask many people they will tell you that Canada is somewhere on their ‘must see’ list, so what better time than 2019 to make the trip to see this enormous, welcoming and beautiful country. Whether you like the outdoors, cities or culture or a mix of all three, Canada has it for you. A country that is ideal for road tripping, its vast expanse means that you will need to allocate a lot of time to exploring by road unless you plan on flying around. We recommend checking out BC and Alberta (easily done on a two week holiday) if you’re an outdoors lover and Quebec with bits of Ontario if you’re more into history and culture. If you want some serious outdoorsy coastline with a bit of culture thrown in though, check out the Maritimes. These seemingly forgotten islands and coastal regions of the country have retained their roots from Ireland, the English West Country and Scotland, making particularly the islands of Nova Scotia and Newfoundland like their own worlds.

If you have always wanted to experience a bit of the Middle East but you aren’t quite adventurous enough to want to head to the likes of Egypt, Israel, Lebanon or Iran solo, then a trip to Jordan is the perfect option for you. Completely safe, welcoming, and beautiful, Jordan is the ideal introduction to the region for any traveller. With beautiful sites like the treasury at Petra to experience plus the vast desert expanse of Wadi Rum down toward the Red Sea coast, it’s no wonder so many people who visit this country rave about it. Be warned that daytime temperatures in the summer can be scorching with warm evenings but winter times out in the wilderness like in Wadi Rum can be freezing by night so try to visit in a shoulder season such as autumn or spring when the temperatures are more moderate.

So if you’re looking for a great adventure for 2019, look no further. With so many fantastic countries to choose from it’s no wonder more and more people are taking the plunge to travel further than ever before. Get those bags packed and click here to see just how you can make your travel dreams a reality – the world awaits!