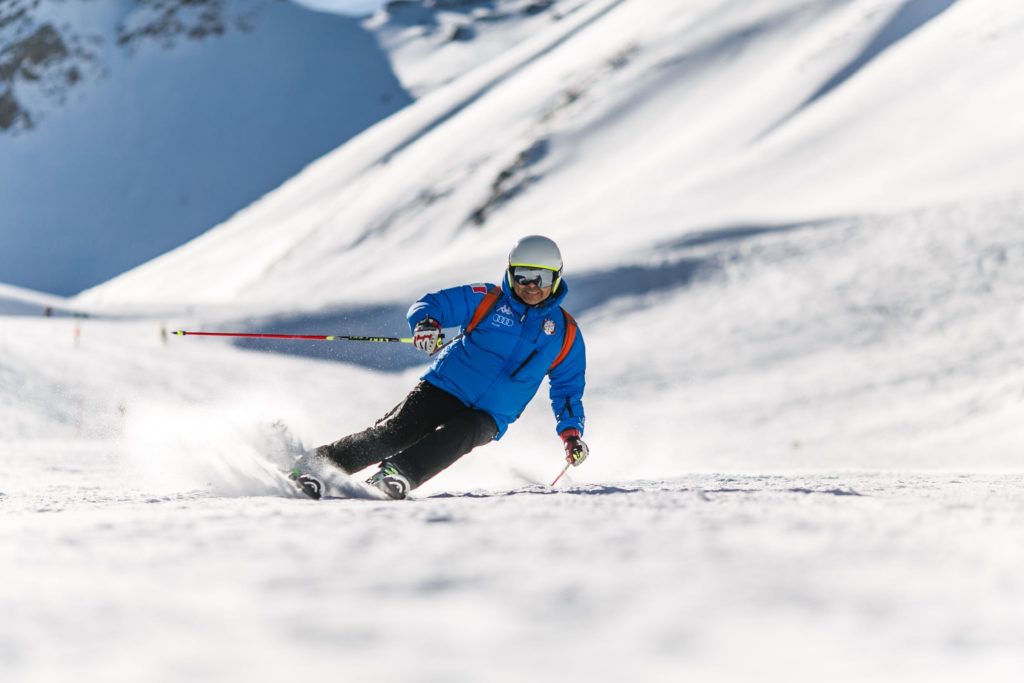 With autumn on its way and the cooler weather setting in, there’s never been a better time to start thinking about this coming winter and all the possibilities for great winter getaways. Whether you’re an avid fan of jetting off to tropical locales or you love to embrace the cool weather by hitting the slopes for a great Les Gets ski holiday  with the family there is always something to do in the winter.

If skiing is your interest, you might be keen to know about some of the truly unique and wonderful ski destinations around the world that you can include in future ideas or dreams for that winter ski break. Even if you can’t afford the likes of Morocco or Algeria this year, you can always dream. Here are some of the world’s most unique and unusual ski resorts – including a couple you may have heard about before. 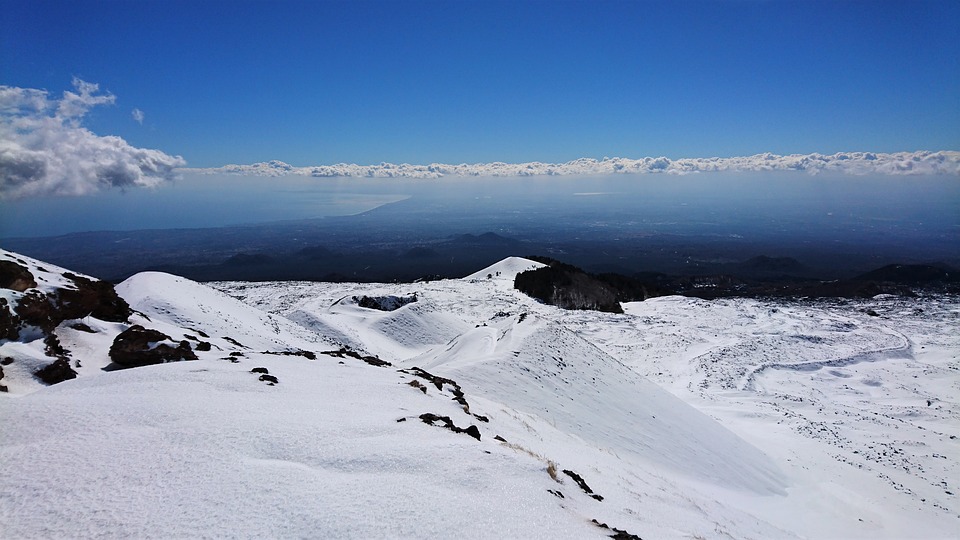 Ever fancied skiing on an active volcano? Well, in winter it is possible to ski the slopes of Mount Etna as it smokes and rumbles away in the background. There are 2 resorts on each side, and the slopes are treeless from Etna’s previous eruptions, which gives the landscape a kind of barren, ‘martian’ feel to it. Perhaps surprisingly, Etna is quite accessible with Catania being the nearest airport. It’s about a 4 hour flight from London and then an hour and a half drive to the resorts. So altogether about 5 hours from London to the resort.

Don’t worry too much about Etna erupting during your stay: It is monitored closely and eruptions can be predicted days in advance, and in this case the resorts will close and all visitors would be given free transport to a “safe zone”. So the danger, in reality, is minimal.

Nestled in the Alborz mountains about 90 minutes from Tehran, Dizin is the most popular out of several resorts here. Skiing aside Iran is a wonderful country to visit, with some of the most friendly people in the world. You can expect to be invited for tea in numerous people’s homes who simply want to chat and host a foreigner, and want nothing in return. In summary, Iran is not the dangerous place it is often made out to be in western media. It is in fact quite the opposite, and has some really terrific wonders such as the amazingly well preserved ruins of the ancient city of Persepolis to boot.

Dizin itself has the moniker of being one of the highest ski resorts in the world, with the tallest ski lift reaching up to 3,600 meters. So watch out for altitude sickness if you opt to go this high. Another real draw that makes Dizin surprisingly popular is that the ski season is generally longer than in Europe. You can expect the season to run from late October or November to around the middle of May.

Dizin is also surprisingly accessible. A 5 hour flight from London to Tehran and then about an hours drive (weather permitting) to Dizin. So a total journey time of 6 or 7 hours altogether. 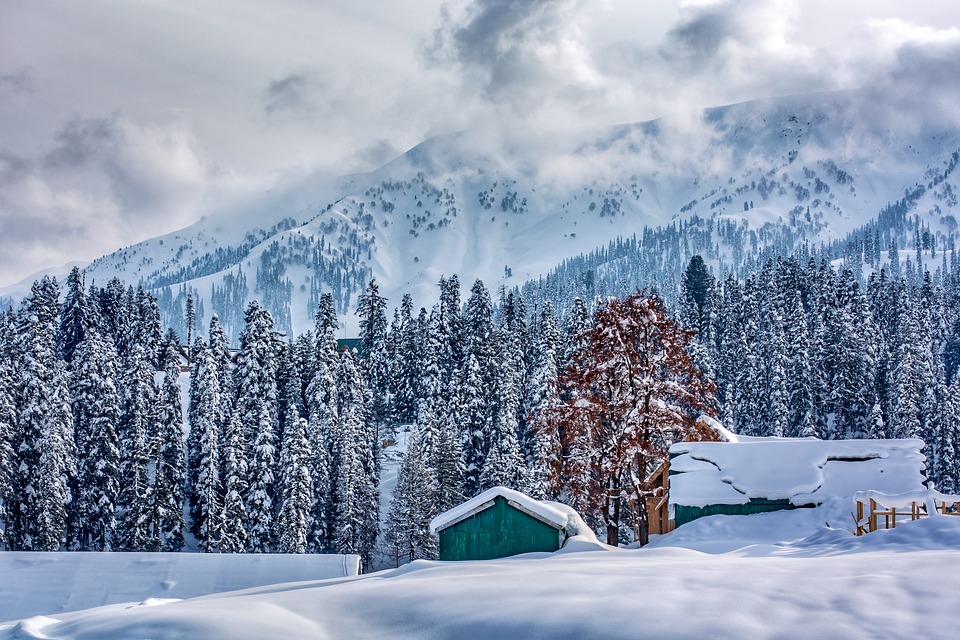 This one is for the really adventurous and experienced, simply because skiing in Gulmarg is not regulated by the authorities, so you should hire a guide who knows the off-piste terrain well. Despite the lack of regulation, Gulmarg is still pretty popular. There are some resorts consisting of a small cluster of cabins and chalets at the top of the run where fellow adventurous skiers congregate before heading down the slopes. The ski season here is generally from around Christmas to May, however of course this is not an accessible ski destination being nestled in the northernmost part of India in the Himalayas, but that is it’s entire draw!

Getting here is a long winded affair. You have to first take a 14 hour flight with a long wait in either Delhi or Mumbai before arriving in Srinagar, the capital of the autonomous Kashmir province. It is then a one hour drive to the resorts.

However, this hard-to-get-to ski destination is well worth it not just for the unregulated slopes  , but for Kashmir province itself. It is a stunningly beautiful landscape with some of the highest mountains in the world, and the capital Srinagar is a chilled out destination where you can spend the night on a houseboat on Dal Lake. Numerous famous people stayed on this majestic lake on the outskirts of the city, the most famous among them probably being the Beatles.

Realistically, it will take about 30 hours to get to Mount Ruapenhu from London, since it’s on the other side of the globe. So obviously it doesn’t rank very high on the accessibility list!

However, Mount Ruapenhu is one of the best ski destinations in the world for two key reasons. Firstly, it has some of the finest powder snow in the world which stays consistently fresh through the ski season which stretches from July to October being a southern hemisphere destination. Secondly, Mount Ruapenhu is actually an active volcano which has similar benefits to Mount Etna in Italy in that there aren’t that many trees obstructing the skiing on the higher slopes.

Aside from skiing the area also has sledding available for kids and sightseeing tours and chairlift tours that take in the Tongario National Park, which is comprised of two other volcanoes among lakes and pristine forest.

Perhaps the most unusual ski destination in this list, Kazakhstan is a relatively unknown country that is only recently opening it’s doors to visitors. Nevertheless it’s still a pretty adventurous and little-visited place for westerners, but you can expect a lot of Russian visitors who have known this hidden gem for a long time.

But what else is good about Shymbulak? Well, it’s only a 30 minute drive from Almaty, the nation’s capital, and it continues to draw investors who are pumping money into the resort, improving accommodation, ski lifts, restaurants and the general infrastructure of the place. It is also nestled in the Medeu Valley in the Zailisky mountain range, and it reaches heights of 2,200 meters above sea level. The ski season here runs through November to May and the climate is mild with more sunny days than most European resorts, which is a real draw.  Getting here is about a 10 hour trip from London with a connection in Moscow, but it is well worth it to explore the hidden treasures that Kazakhstan has to offer the adventurous.

So if you’re looking for something to add to your wish list this year while you’re hitting the slopes of the Alps, why not consider one of these far flung destinations with their ski resorts that would leave you will some serious stories to tell friends and family on your return.